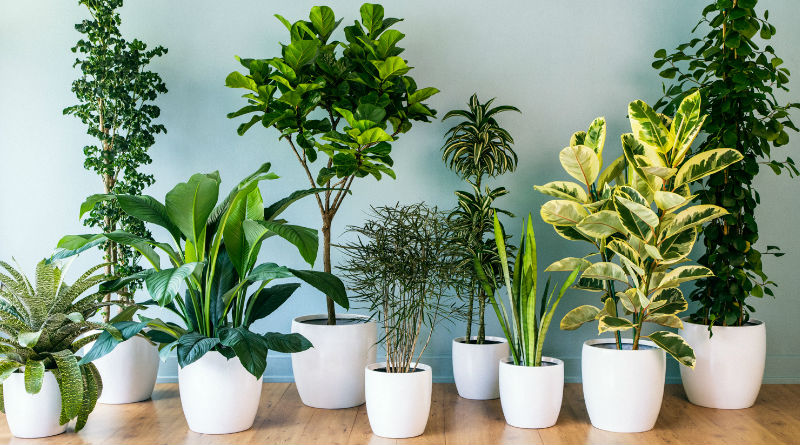 Recently the journalist Katharine Schwab wrote an article in the prestigious American Journal 'Fast Company' where he had his experience acquiring plants for your apartment.

Soon, the journalist went from having very few plants in your House to be distributed by your home more than 30 different types of indoor plants. And is that, in his words "the plants between cosmopolitan people demand has increased, especially, among the millennial population".

The Spanish Association of Centres of Gardening (AECJ), that also echoed recently article, It claimed that its associated garden centres have noticed this increase in sales of indoor plants in their establishments, a phenomenon that also many traditional trade operators perceive, as well as online stores.

The National Gardening Survey (National Gardening Survey) revealed that of the 6 millions of people who started in the world of gardening in 2016, the 80% they were aged between the 18 and the 34 years. For his part, the company Refinery29, specializing in trends and inspiration for young women, He says that the "ladies of the plants" are new "cat ladies", a stereotype so common that even as well known as the Simpsons series featuring this character.

But why all the fuss with plants? "I think that the plants and nature are the antidote to the stress that we feel to be permanently connected to the screens. We all know how well that we are walking through the forest or the lying in the Sun on a meadow. We have grown on Earth and are completely disconnected from it", says Rebeca Bullene, founder of Greenery NYC, company that creates environments with plants for companies, who sells online and even has a physical store in Brooklyn.

Although they are not only screens. Anxiety is the evil of the 21st century, especially among young people. "They call us the generation of stress for a reason" says Eliza Blank, founder of The Sill, company that has been selling plants online from 2012 and that recently opened its third physical store. "We put our plants in a position of rupture with the stress. They are the antidote to that unfortunate disorder suffered by our generation: anxiety. And plants can really be a therapy to deal with it".

The demand for indoor plant has grown, and with it, the number of emerging companies that offer them have increased, as The Sill, that it is selling a digital native generation and plants to technology companies seeking a green explosion in their offices. It's startups that employ the latest strategies for growth in the retail sector: the convenience, branding and an experiential retail.

The race to become the Amazon of plants

To create a pop-up company specialized in the successful sale of plants in the era Amazon is necessary to have an efficient shipping system. Some companies sell locally, but others, such as Bloomscape, They divide all us plants that can range from a small potho to a six-foot-tall palm tree. They do it with a system that includes a special treatment in the substrate that holds the root structure of the plant in perfect condition, as well as a patented packaging that ensures that the plant stays in place during transportation.

The biggest problem facing these companies is that their customers do not know how to take care of them. Thus, many of them focus on educating the public in the care of the plants.

Eliza Blank, founder of The Sill, It said today it focuses on creating a powerful brand image, one that refers to the wonderful benefits in health and the environment, which implies having plants at home.

Instagram has become part of the strategy of these companies. Blank says that "as people began sharing decorative pictures of their homes and work spaces, many people wanted to also transform their spaces in areas of welfare, calm and beauty. The plants became an important part of this. Pinterest and Instagram began generating the demand today".

As a result, social networks have become an indispensable part of these companies, In addition to its physical stores biofilico design.